A few simple exercises, if performed only a few times per week, can go a long way in balancing your root energy center. If you practice these routines regularly, and maintain discipline, the results will be reflected in a few weeks time.

Once you integrate some of these exercises into your daily routine, the energy you will get from this practice will help you maintain stability in your everyday tasks and confrontations with other people.

Relax, shake your extremities – start with the legs, then proceed with the arms.

Sit on the floor in an upright position and do the following breathing exercise:

Repeat this breathing exercise for a few minutes. Breathing should be inaudible, smooth and deep.

Kneel down on all fours and repeat the “cat/cow” pose several times:

Slowly return to a standing position.

5. Crystals for Opening the First Chakra

Use your instinct to pick a gemstone. Be aware of the energy of the crystal flowing to your hands and from there to your root chakra. Visualize and feel this energy flow.

You can keep your stones close to you at all times by wearing them around your neck as a pendant, around your wrist as a bracelet, or on your finger as a ring.

Keep your stones close when you meditate, do yoga poses, or repeat affirmations.

It helps the healing of the root chakra, if you place them on your body, on the pelvic area where the root chakra is located, or if you hold it in the palm of your hand near the location of the base chakra.

You may try several stones before discovering the stone or the combination of stones that works best for you. The stones and crystals you use do not need to be expensive to help with the healing of the root chakra. Nature provides, all you need do is to seek it out.

Meditational harmonization of your root chakra:

Symptoms which accompany the opening of your root chakra can often be felt on a physical level. As your chakra is healing, there is an intensified energy flow through it. This increased energy can manifest in the form of physical sensations.

Some of the more apparent physical symptoms are a feeling of warmth or pulsating energy in your pelvic area. This reaction can extend throughout your feet and upwards to the region of the lower abdomen.

Another symptom of the opening of the root chakra can be felt as intense energy flowing in your sexual organs.

Because there is an increased flow of energy through the base chakra, also the energy pressure on the second chakra is raised. The second chakra is associated with sexuality and sensual pleasure. Therefore a strong sexual desire can be felt.

If your goal is to progress with spiritual work and bring this energy to higher chakras, it is important to restrain yourself from physically releasing this built up energy. Instead, you can try to distribute this energy throughout all seven chakras with the help of breathing and visualization, or relax and let it settle down or fade off.

Accompanying a great release of energy or a blockage removal, it is not uncommon to feel the symptom of root chakra opening as a pain in or around your pelvic area.

Usually, such pain fades off in a few days, and after that, the progress with further energy work will be much easier, since the main blockage will be removed.

Even though the symptoms can sometimes be unpleasant, however rarely, there are significant benefits later. These can be felt on physical as well as psychological, emotional and mental level. 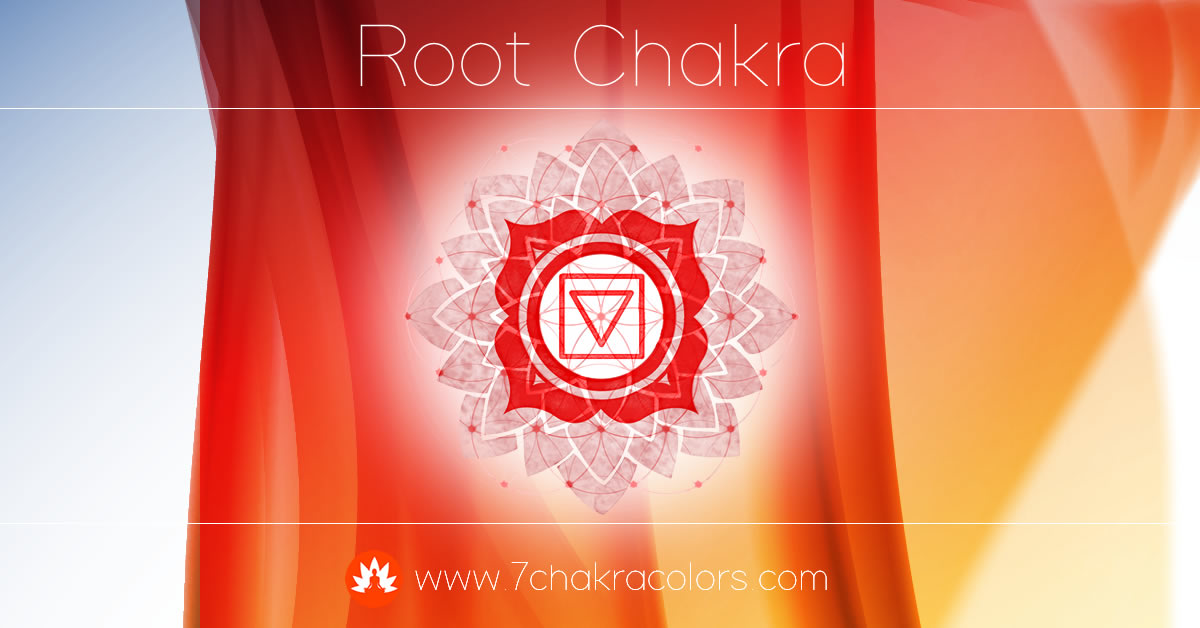 The Root Chakra is also known as ‘The First Chakra’, ‘Base Chakra’ or ‘Muladhara’ by its Sanskrit name. Its main purpose is to draw energy from natural sources and transform it into life energy. It is giving support to the complete human chakra system. The

Healing and balancing your root chakra is the first and the most important step towards improving your complete chakra energy system. The first chakra needs to be balanced and open in order for the grounding and supporting energy to flow into your higher chakras. If